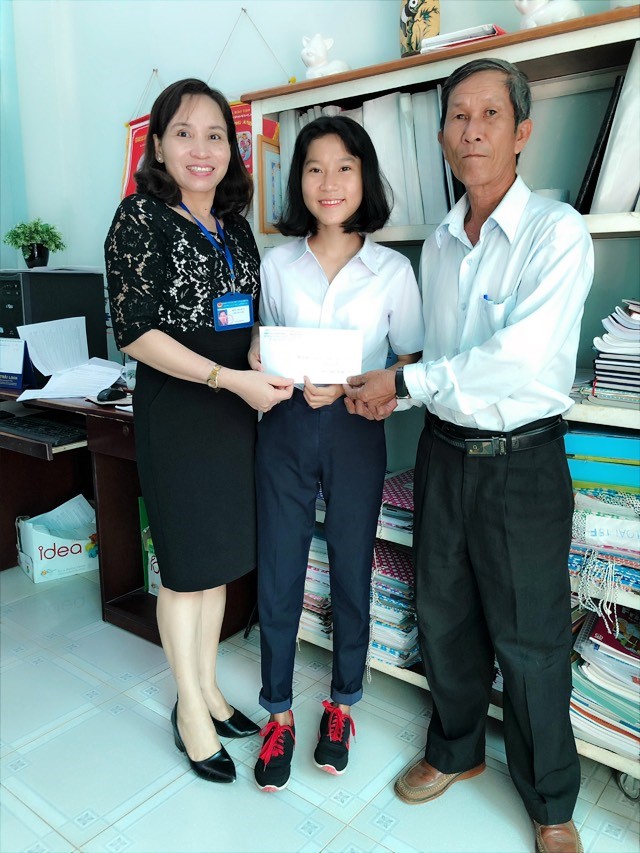 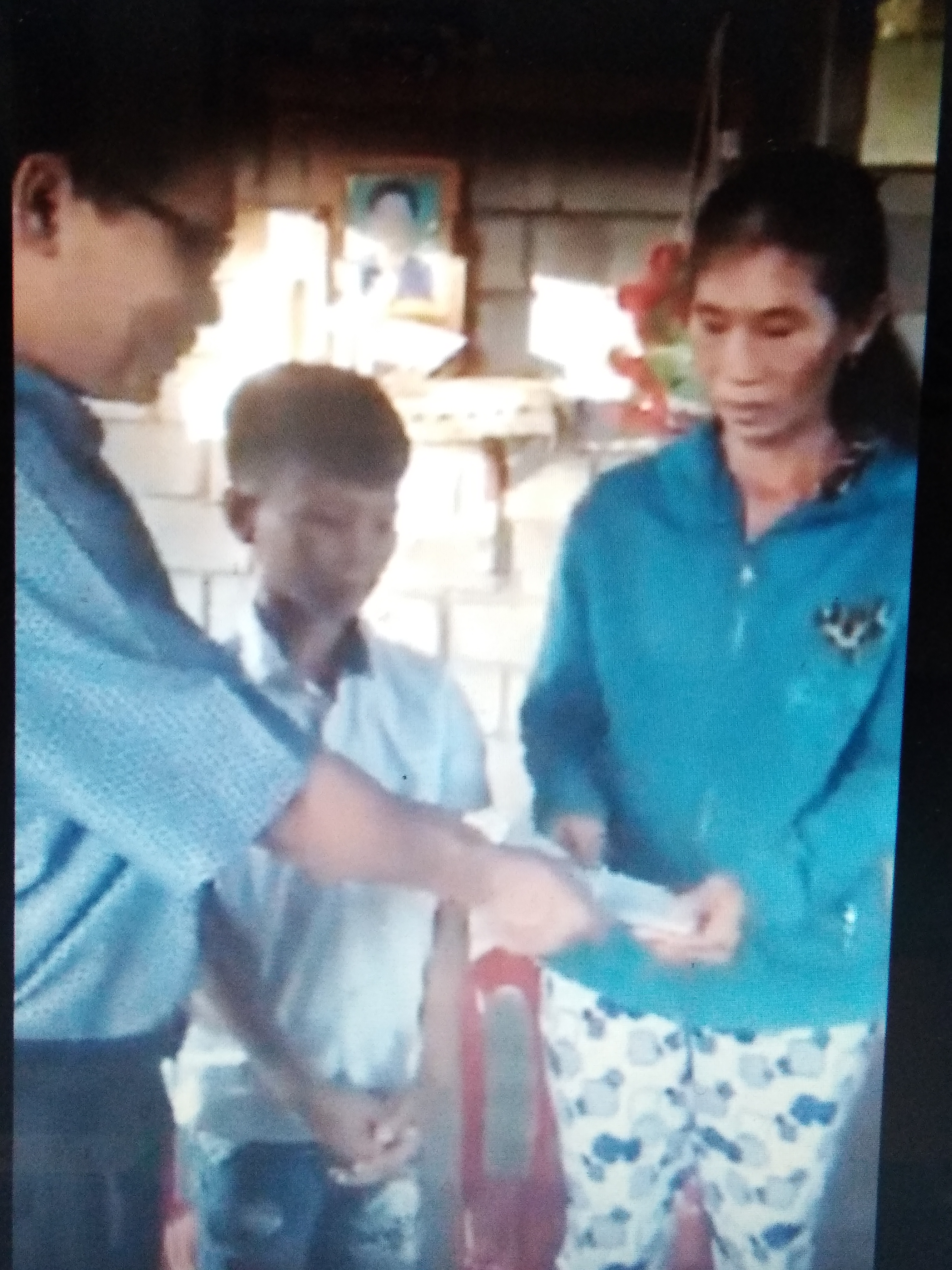 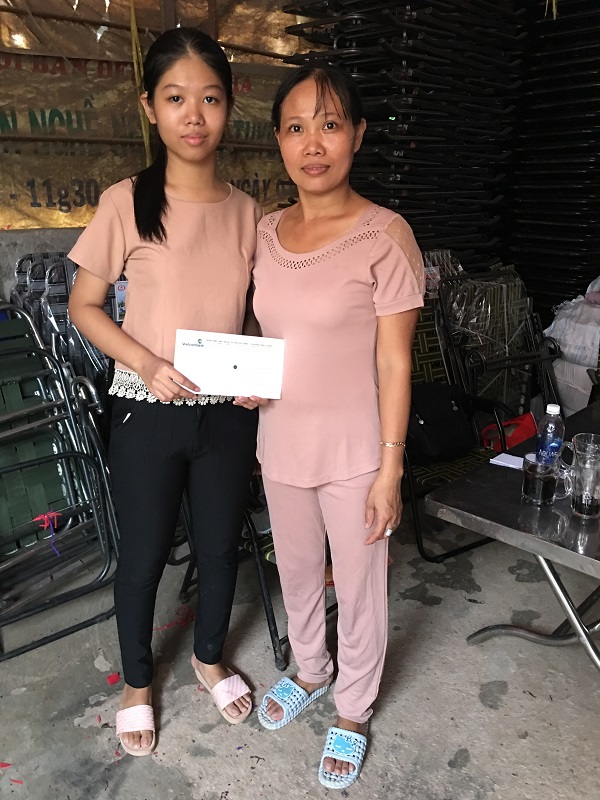 Adopted parents : Fukuichi Michiko (Tokyo)
Adopted child : Nhi, Ho chi Minh City.
Now she is pupils in grade 4, she is hearing impaired.
Her family came to city from rural area, stay in rented room. Every month, after paying rent fee, family remains few money. Her mother did not go to school, so she could not teach her at home. Money from scholarship will help Nhi to get a private tutor. 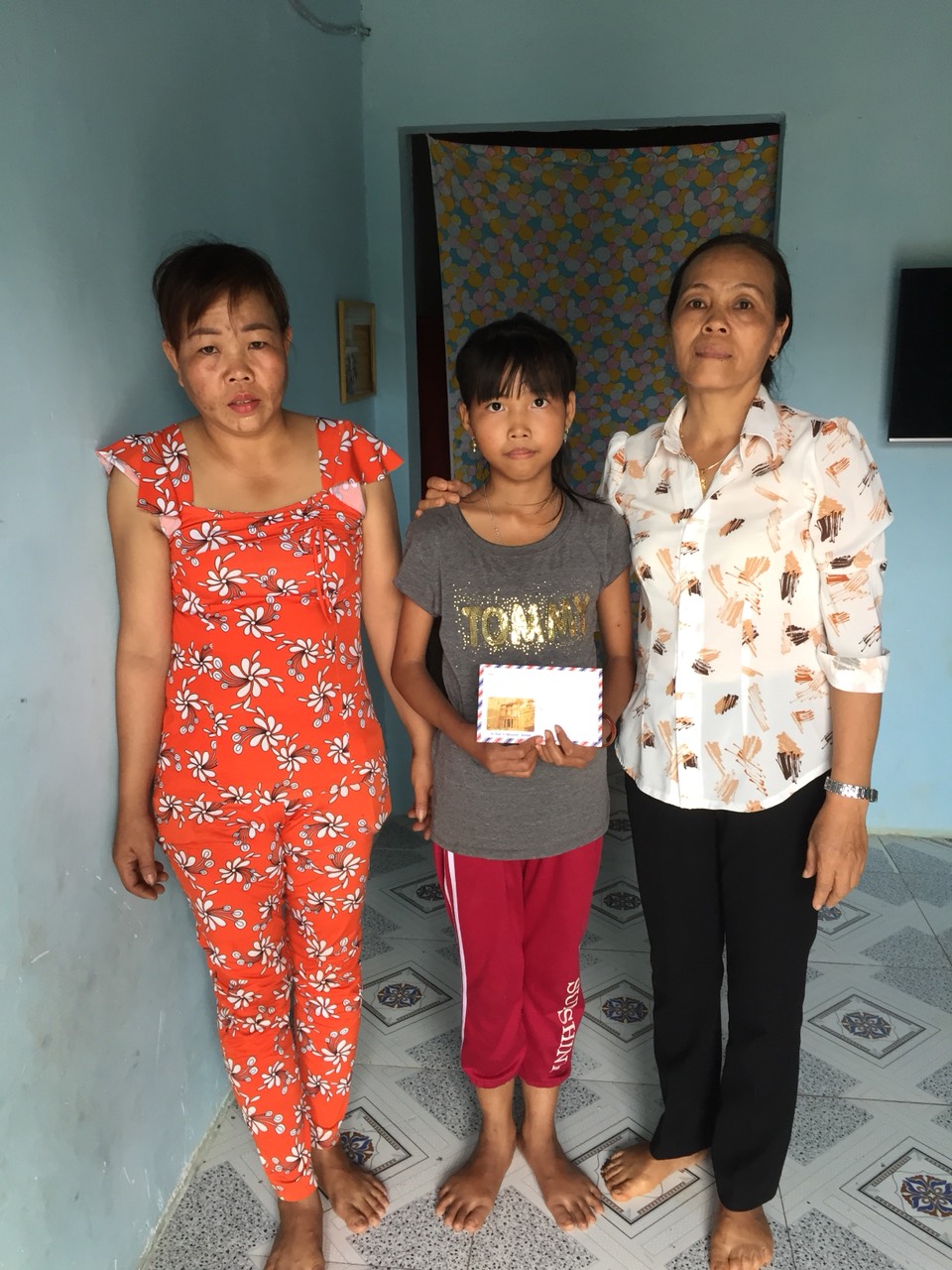 Adopted parents: Komuro Chieko (Tokyo)
Adopted child: Hien, Cam My district, Dong Nai province
she receive the good student in the class,
so she is trusted by classmate to be the class monitor. 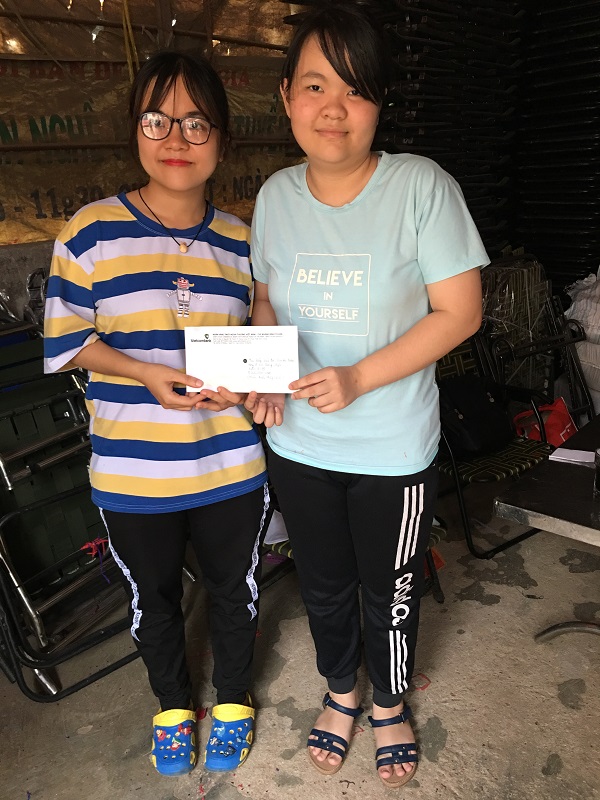 Adopted parents : Yumiko Baba (Tokyo)
Adopted children: 2 hearing impaired sisters Trang is student in grade 6, Thang Long secondary school.She is hearing impaired student in class with 35 students. She does not get extra support from teacher. She often sees note books of next friend. In class there are 10 students often tease her hearing impairment , but there are 2 other friends often help her. Her younger sister name is Duyen, pupil of Hy vong special school in district 8.